Thanks to a financial mentality that prioritizes saving and experimentation, this family has accrued wealth, security, and the ability to handle whatever life throws their way.

Kristen Isaacs takes a unique approach to managing money for her family of four: She experiments to learn. While she always prioritizes saving first, she tackles big financial decisions by "test driving" to see what feels affordable before taking the plunge. And it's working. Because she's a good saver, Kristen doesn't stress over every expenditure, and careful experimentation has enabled her to save towards her children's college funds, buy a second home in Vermont, and vacation internationally with her family.

An intuitive approach to money

In fact, she opened her first Individual Retirement Account (IRA) when she was in high school. "I was lucky to grow up in a family where money wasn't a taboo topic," she says. "My parents were always big savers and that had a big influence on me."

Because of that, Kristen describes her approach to money as "pretty intuitive." She and her husband Matt subscribe to a few simple rules: they live below their means (keeping their spending moderate even as they have increased their salaries) and prioritize retirement by maxing out their 401(k)s each year (as Kristen says, "you can't fix that later"). They also put money into 529s for their children and a taxable investment account for other goals.

Once those monthly deposits have been made automatically, Kristen and her husband shape their family's lifestyle around the cash that remains. By getting the savings out of the way first, they don't have to track or agonize over every small expense.

"We put a portion of our paychecks into savings, and a portion into checking," she says. "If we're moving a lot of money between those two accounts — in either direction — then we know something's off."

Getting help with their financial plan

While Kristen always felt comfortable managing her family's finances, she was more than happy to bequeath those duties once she had her second child. Wanting to seize all the free time and energy she could, Kristen and Matt hired a financial advisor. 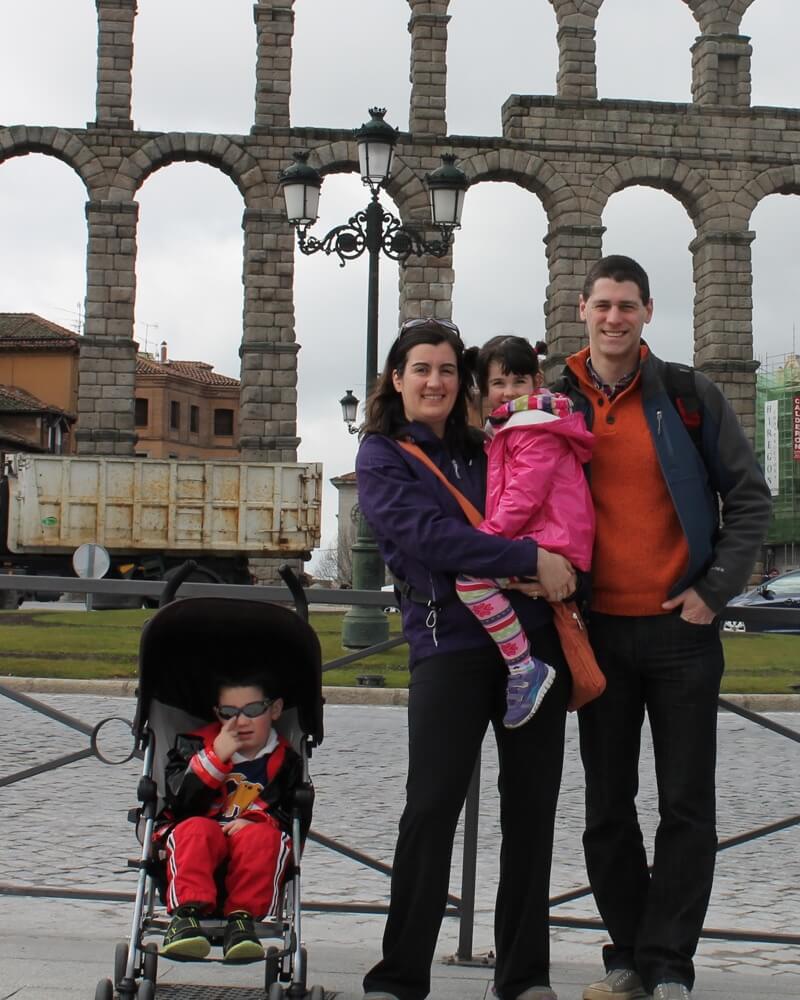 Although they liked the comfort of being able to call their advisor, they struggled to justify the 1% fee. "Financial advisors are just not that good," says Kristen. "I never felt like ours was adding the value we were paying for." And as their money continued to grow, she knew that the 1% fee would also add up.

So Kristen started looking for alternatives. She was open to options, but she had two requirements: an automated service and low fees. "I trust computers more than I trust people when it comes to my money," she says. "As for fees, just watch the John Oliver skit. It really explains how advisory fees, transaction fees, and commissions can have a major impact on your ability to save."

So the Isaacs fired their financial advisor. As Kristen returned again to managing their finances directly, one of the first things she did was to get a grasp of what they had across accounts. "We have our cash and investment accounts, but also my husband's TSP [Thrift Savings Plan], my 401(k), and our IRAs," she says. "Plus, there's the value of our mortgage, 529s, and shares from my company. Seeing our total net worth was crucial to us making big decisions."

One example? Their recently-acquired vacation home in Vermont. Though they'd toyed with the idea for years, realizing that the home's cost was a small fraction of their total net worth helped them pull the trigger.

Meet your future with confidence.

Wealthfront is the all-in-one solution to managing your finances. See where you're at today and build a plan for tomorrow's possibilities. 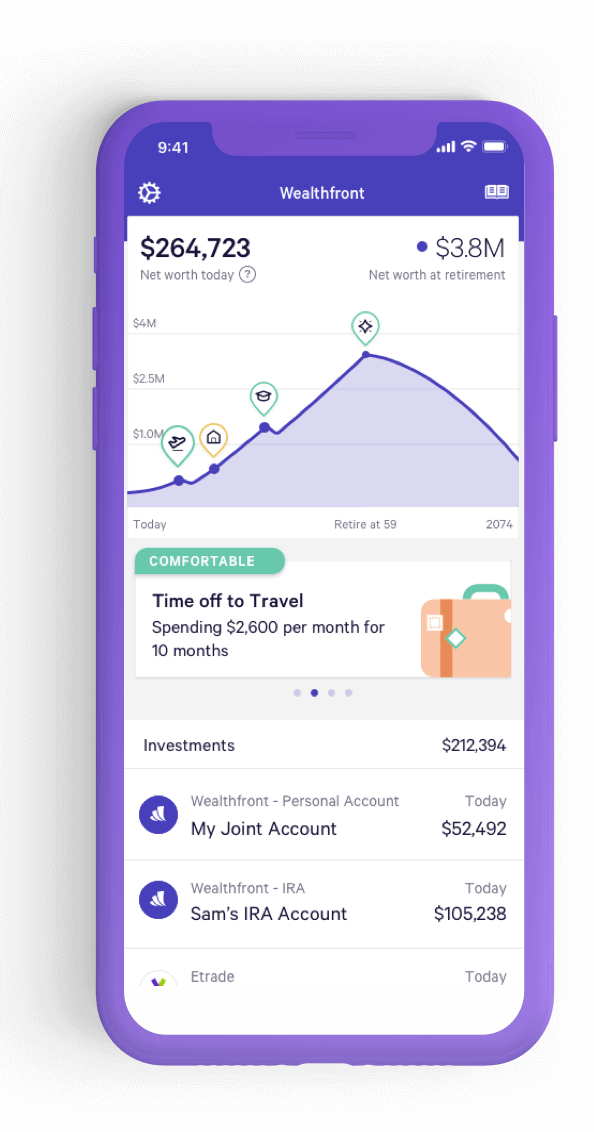 Another pillar of the Isaacs' approach to financial management is experimentation. "I'm a person who likes simulation before reality," says Kristen. "I like trying things in small ways, to see if it'll work before investing our time and energy." 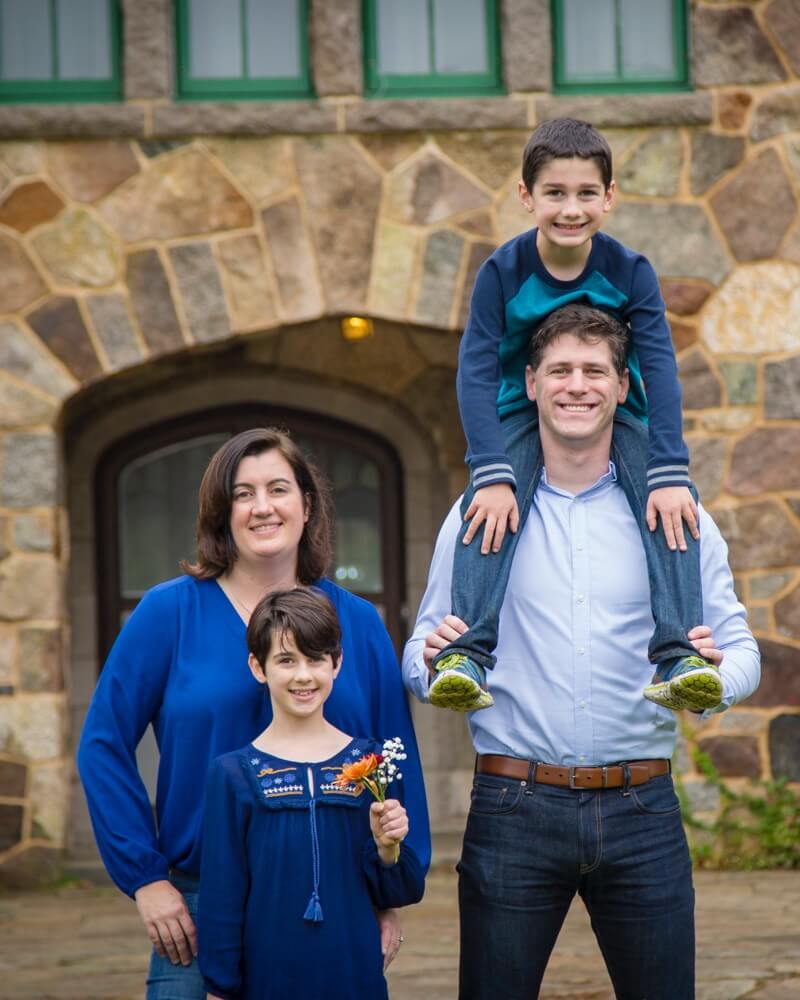 That approach has empowered them to make some key financial decisions:

The Isaacs knew that buying their first home together would result in an increase in their cost of living — they wanted a larger house, which would require a higher monthly mortgage. So, they started making double the monthly mortgage payment on their condo, which Kristen had bought before they got married. When they were ready to pull the trigger on a home purchase about a year later, they felt emotionally prepared and confident in their ability to take on the extra financial responsibility of a larger home — and also knew they wouldn't have to sacrifice their lifestyle.

The Isaacs followed a similar pattern before taking the plunge on a second home: a ski house in Vermont. To test those waters, they began paying more than was required of the monthly mortgage for their family home. They realized they could do this comfortably, so they bought the home, simply transferring what they were paying in excess on their main home towards their dream vacation house.

"Once we get used to not having a certain amount of money, we try to stay that way," explains Kristen. "We stay conservative with our approach, because it's harder to adjust back the other way." 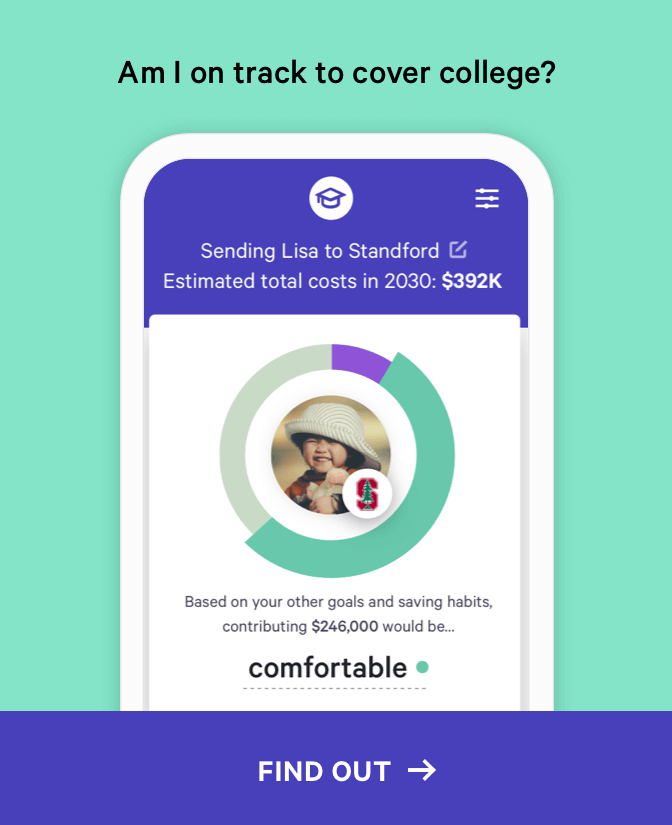 “
We stay conservative with our approach, because it's harder to adjust back the other way.

Another example of that experimental approach is when the Isaacs' kids Max and Rose (now 9 and 10) stopped needing daycare. Knowing that their kids' expenses didn't end there, they put the money they would have spent on childcare directly into their children's 529 accounts.

When their children were born, they seeded the accounts with a lump sum, followed by monthly deposits between $300 and $500 per child. "At some point, we decided 'Let's just start,'" says Kristen. "If we can put more in early, that's great. If it's too much, we'll adjust later."

When it comes to how she allocate their savings for college, she deposits about 75% of their target amount into the 529s. If it turns out that of their kids chooses not to attend college, she knows she could could shuffle the money to the other child's 529 (and avoid penalties). If both of them want to attend, and they need more than what's in their 529s, Kristen and her husband are confident they can cover any gaps with money from their joint investment account.

While the Isaacs are confident in their family's future, they also know there are no guarantees. 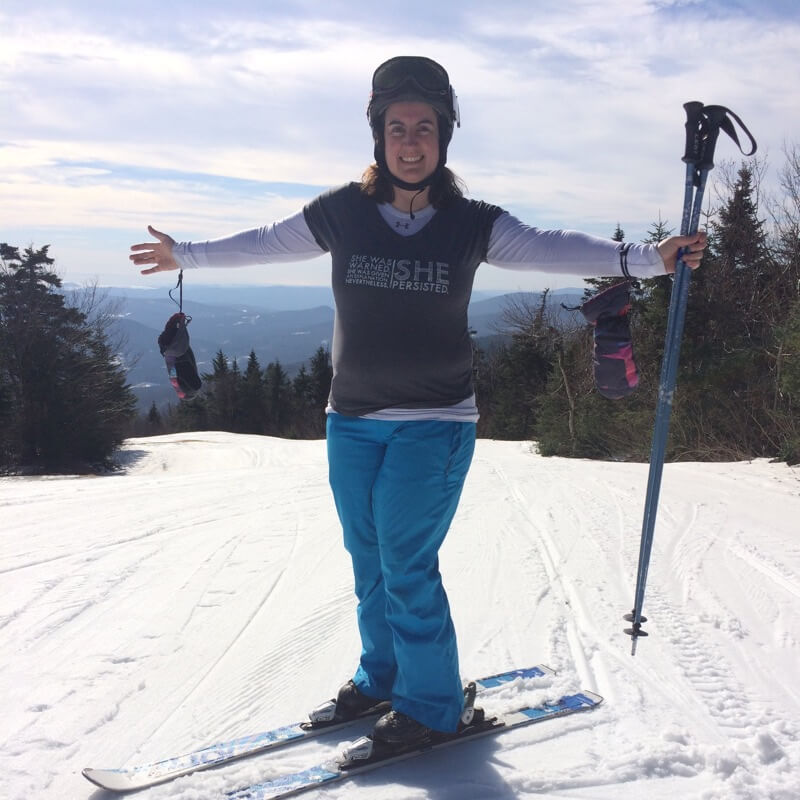 As Kristen says: "You never know what's coming. Financial planning has given us the freedom to adjust as life unfolds around us."

But by being conscientious with their savings and making smart investments, Kristen and Matt, 40 and 39 years old, should be able to retire in their 50s. But they don't know if they will. They may work until they're 70, they may take extended trips to exotic foreign lands, or they may move to their Vermont house full time, spending lazy summer afternoons on the lake and fresh winter mornings on the mountain. You can probably count on them to experiment before they decide.

"It's not about a fixed goal," says Kristen. "It's knowing you have the freedom to do what strikes you when you get there."

Design the life you want,
we'll make it happen.

Real clients share how they plan ahead for their futures. 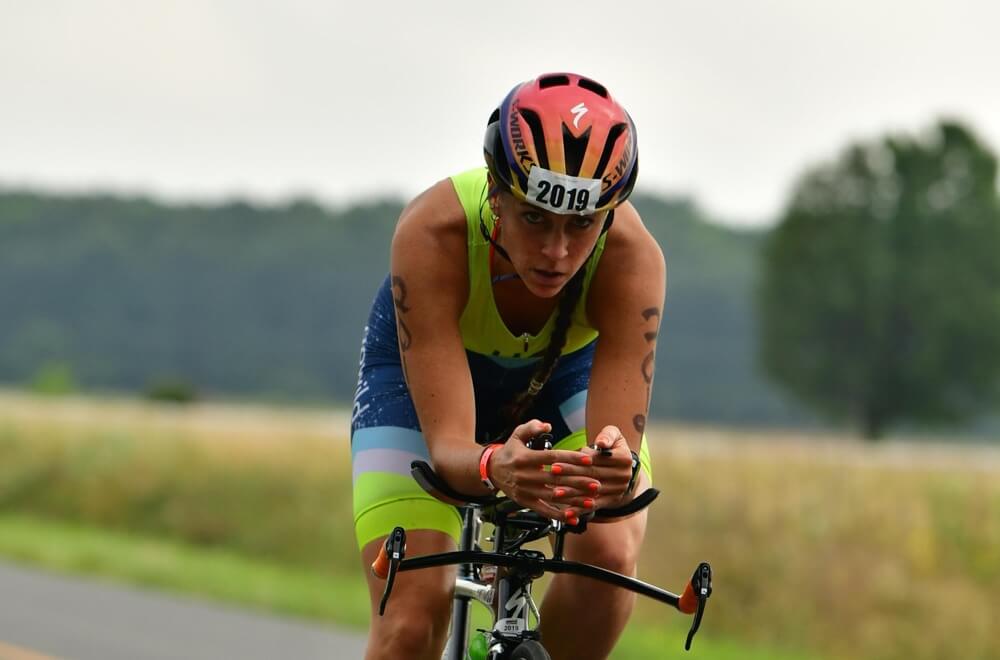 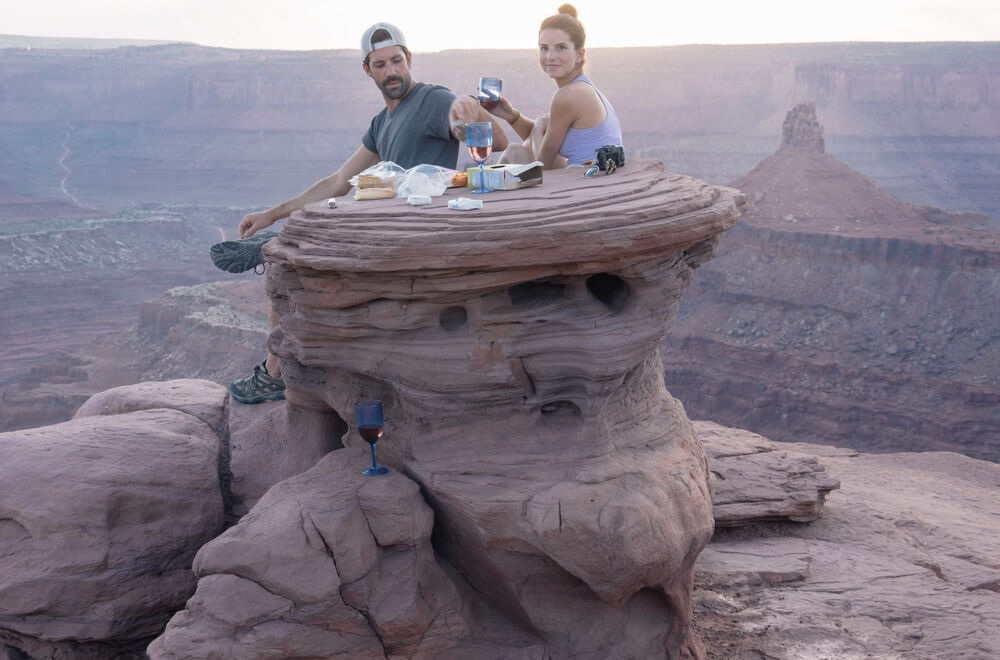 When Money Isn't the Goal