How Employer-Granted Stock Options Can Impact Your Taxes

Here, we’ll explain the basics of both NSOs and ISOs and take a look at what they could mean for your taxes. We’ll also look at how early exercise and alternative minimum tax can come into play.

If your employer grants you NSOs, that means you have the right to purchase shares of company stock for a certain price during a set period of time. Purchasing those shares is known as “exercising your options.”

The price you’ll pay is what’s known as the exercise price and it’s set when you’re granted the stock. This price gets determined based on the stock’s fair market value at the time it was granted to you – this is either the price of the stock on the open market (if the company is public) or the price according to a 409A appraisal (if the company is private).

You won’t need to pay income tax on your NSOs when they’re granted to you. But you will owe taxes on the difference between the exercise price and the current fair market value when you exercise your NSOs.

Let’s look at an example that illustrates how this works. Say you work at a company that awards you NSOs, and you exercise those options at an exercise price of $25. For the purposes of this example, we’ll imagine that the current fair market value of that stock when you exercise is $100. You’ll owe taxes on the difference – in this case, $75 – when you exercise your NSOs. This difference is often referred to as the “bargain element,” and it gets reported on your paystub. It’s subject to ordinary income tax rates and payroll taxes like Social Security and Medicare. The ordinary federal income tax rate for individuals ranges from 10% up to 37% (in addition to payroll taxes of up to 7.65% and a potential 0.9% Medicare surtax).

After you exercise your NSOs, if you hold the shares for at least a year, any gains or losses will be considered long-term capital gains or losses. This is a good thing – it means your gains going forward will be taxed at a lower rate. Tax rates for capital gains range from 0% to 20%. You could also potentially owe a 3.8% Net Investment Income tax if you earn more than $200,000 as a single filer or $250,000 as a joint married filer.

ISOs are similar to NSOs in several ways. Like NSOs, ISOs offer you the right to buy shares of stock for a certain price in a set period of time. And, like NSOs, you don’t owe taxes when you’re granted ISOs.

ISOs are different from NSOs, however, in that they offer you a tax incentive. If you meet certain requirements, any increase in value over the exercise price will get taxed as capital gains instead of ordinary income. That’s good news for you!

How do you qualify for that lower tax rate on your ISOs? You’ll need to do two things:

We’ll illustrate this with another example. Let’s say you work at a company that awards you ISOs which you exercise at an exercise price of $25 a year after they’re granted to you. Exercising your ISOs is not a taxable event for regular tax purposes (though you could owe alternative minimum tax – more on that below). If you were to then sell the stock at a price of $100 a year after exercising your options, you’d owe long-term capital gains taxes on the $75 of appreciation. If you don’t meet the requirements above, the difference between the exercise price and the stock’s fair market value (at exercise or sale, whichever is lower) gets taxed as ordinary income instead. This translates to a bigger tax bill.

First, the basics: alternative minimum tax, or AMT,  is a separate tax system that exists to ensure that high earners pay at least a minimum level of taxes. Each year when you fill out your tax return, you need to calculate your taxes using two methods – AMT and the “regular” tax method. From there, you can determine which method yields the higher number, which is what you’re required to pay. Whether or not you’ll pay AMT is largely dependent on your income – in 2020, single filers earning under $72,900 and married joint filers earning under $113,400 won’t pay AMT, but people earning more than that could.

You should know that AMT can come into play with ISOs. If you exercise your ISOs and don’t sell them that year, the difference between the exercise price and the fair market value at the time when you exercised your ISOs (the bargain element) is still subject to AMT. As a result, it’s possible to get a pretty large tax bill even in a year when you didn’t sell any stock.

That said, the AMT you pay when you exercise can be credited against the taxes you owe when you end up selling your stock down the road. If you sell those 100 shares described above at least a year later, you can credit the $2,100 you paid in AMT against the long-term capital gains taxes you owe as a result of the sale. In short, even if you pay AMT when you exercise your ISOs, it doesn’t necessarily mean you’re paying more in taxes – it just means you’ll pay a chunk of them earlier.

There’s a final consideration when it comes to employer-granted stock options: early exercise, or exercising your options before they’re fully vested. From a tax standpoint, the benefit of early exercise is that it starts the clock on qualifying for long-term capital gains treatment earlier. This helps you owe less in taxes when you eventually sell the stock. But there’s a risk inherent in early exercise: if your company fails, you’re stuck with stock you can’t sell – and you might have paid AMT for exercising, too.

In general, if your company offers early exercise, it only makes sense to do it if the exercise price of your shares is extremely low (which means your company is likely less than one year old) or you have a very high level of confidence that your company’s value will grow. (Otherwise, you should wait until your company begins the process to go public.)

Let’s look at an example of what early exercise could mean for your taxes. Let’s assume you work for an extremely promising company that grants you 100 ISOs that vest on June 1, 2021. For the purposes of this example, we’ll say you decided to early exercise those options at an exercise price of $25 on June 1, 2020 (a year early). Let’s assume that the stock then appreciates to a value of $125 per share, at which point you decide to sell all of it. If you were to sell the stock on June 2, 2022, you would be realizing $100 of gains on each share for a total gain of $10,000. Those gains would be taxed as long-term capital gains (a rate of up to 20% – in which case you’d owe $2,000 in taxes) instead of as ordinary income (up to 37% – in which case you’d owe $3,700, or almost twice as much).

Making the most of your options

Employer-granted stock options aren’t all taxed the same way. Because of that, it’s important to understand the basics of how they can impact your taxes. If you’re interested in learning even more about stock options and taxes, check out Wealthfront’s Guide to Equity & IPOs. You may also benefit from working with a tax advisor who can help you think through the details as part of a holistic overview of your situation and goals.

The information contained in this communication is provided for general informational purposes only, and should not be construed as investment or tax advice. Nothing in this communication should be construed as a solicitation, offer, or recommendation, to buy or sell any security. Any links provided to other server sites are offered as a matter of convenience and are not intended to imply that Wealthfront Advisers or its affiliates endorses, sponsors, promotes and/or is affiliated with the owners of or participants in those sites, or endorses any information contained on those sites, unless expressly stated otherwise.

Wealthfront Advisers and its affiliates do not provide legal or tax advice and do not assume any liability for the tax consequences of any client transaction. Clients and their personal tax advisors are responsible for how the transactions conducted in an account are reported to the IRS or any other taxing authority on the investor’s personal tax returns. Wealthfront Advisers assumes no responsibility for the tax consequences to any investor of any transaction.

Planning •  9 min read
Renting vs. Buying a Home: Steps To Decide Which Is Best for You
For many people, buying a home is a huge life event and financial milestone. But how should you determine whether to keep renting or take the plunge and purchase a house? The short answer: If you’re able to afford the down payment on a home that is likely to appreciate,… 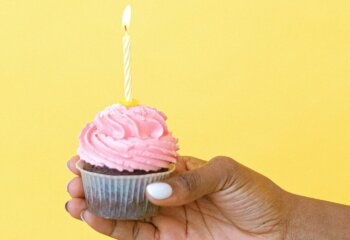 Planning •  4 min read
Financial Priorities for Your 20s, 30s, and 40s
Some advice is timeless. Look both ways before you cross the street. Drink enough water. Back up your files. But when it comes to personal finance, the truth is that some things change as you get older. Good financial advice for a 20-year-old isn’t necessarily right for someone in their… 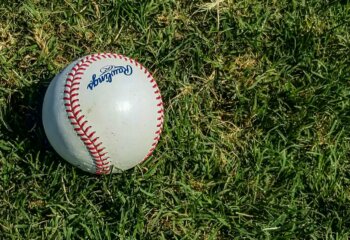